After that I wandered around the temple for hours. My memories are fragmentary. I remember standing in a room with many small sculptures. Maybe this was the room with the statues of the 63 Tamil saints that Ramana mentions. Of course I had never heard of Ramana then.  I also remember climbing the south gopuram or gate tower of the temple.  This gopuram is the one that’s visible from Ramana’s house.  A tiny stairway, so small that it seemed more like a tunnel than a stairway, zigzagged up to the roof 170 feet above the ground. I’ve been told that visitors are no longer allowed up there because it’s too dangerous. There was no guard rail, the roof was very narrow, and the surface sloped so rain and possibly tourists would slide off easily. There were so many foolhardy young men up there, including me, that we were in danger of accidentally knocking each other off.

About a year after I wrote this article, I remembered that after I got back to the hotel, I cancelled my flight out of Madurai so I could remain in town a second day and return to the temple. It was on that second day that I climbed to the roof. This article should have been named “My Two Days at Meenakshi Amman Temple.”

Here are some photos I took inside the temple. 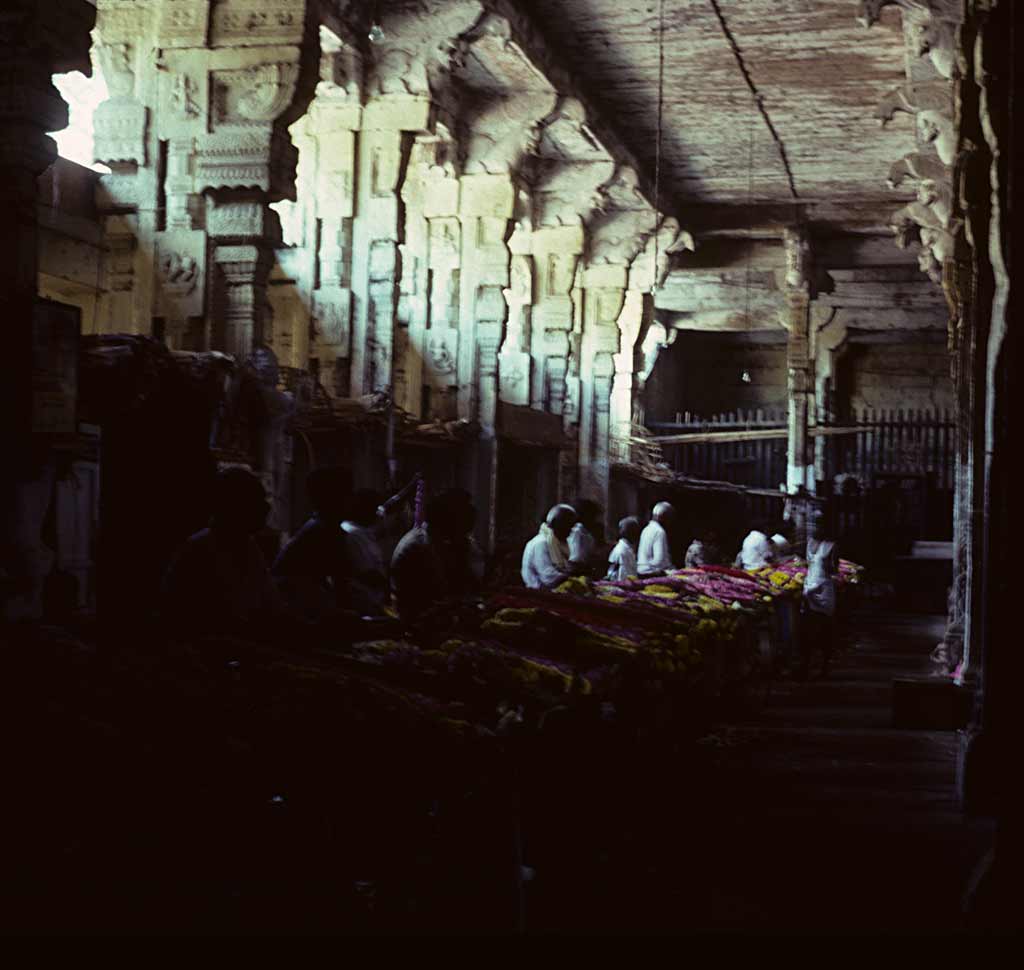 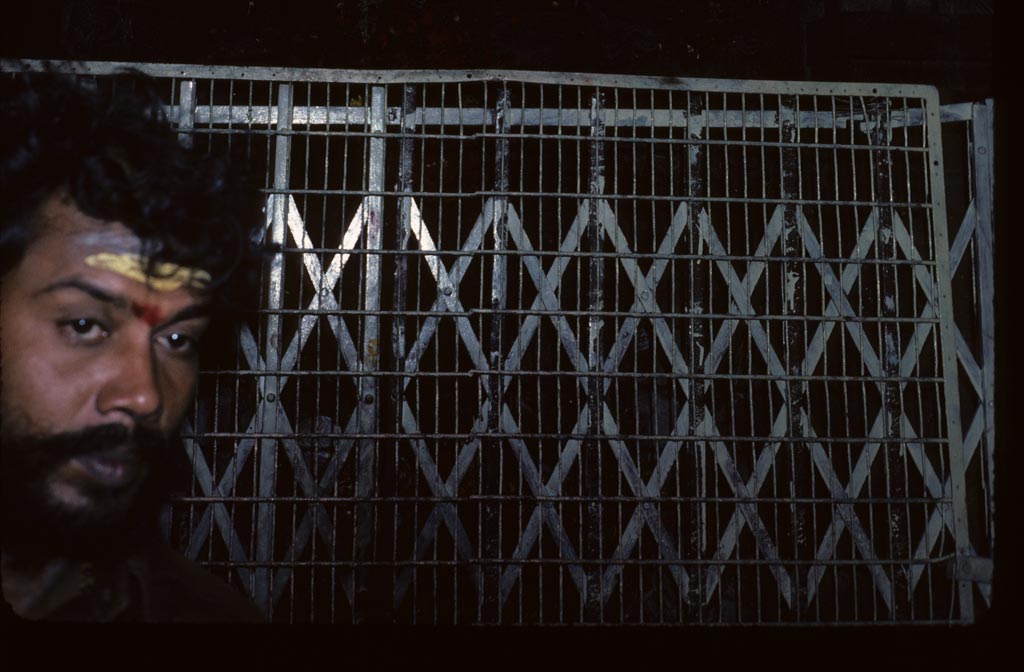 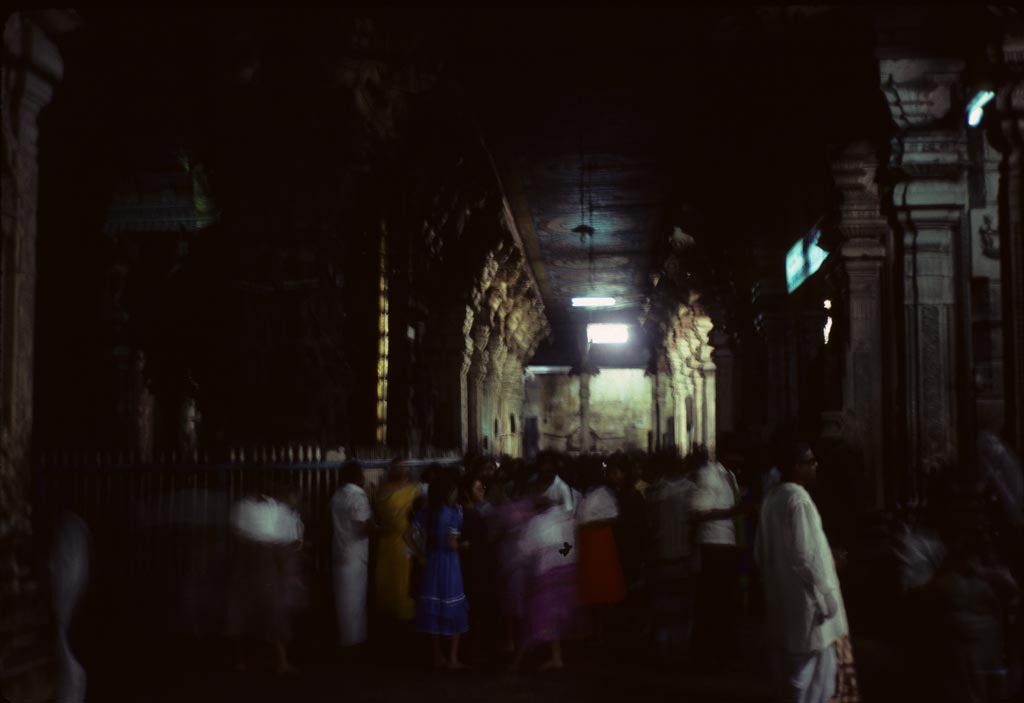 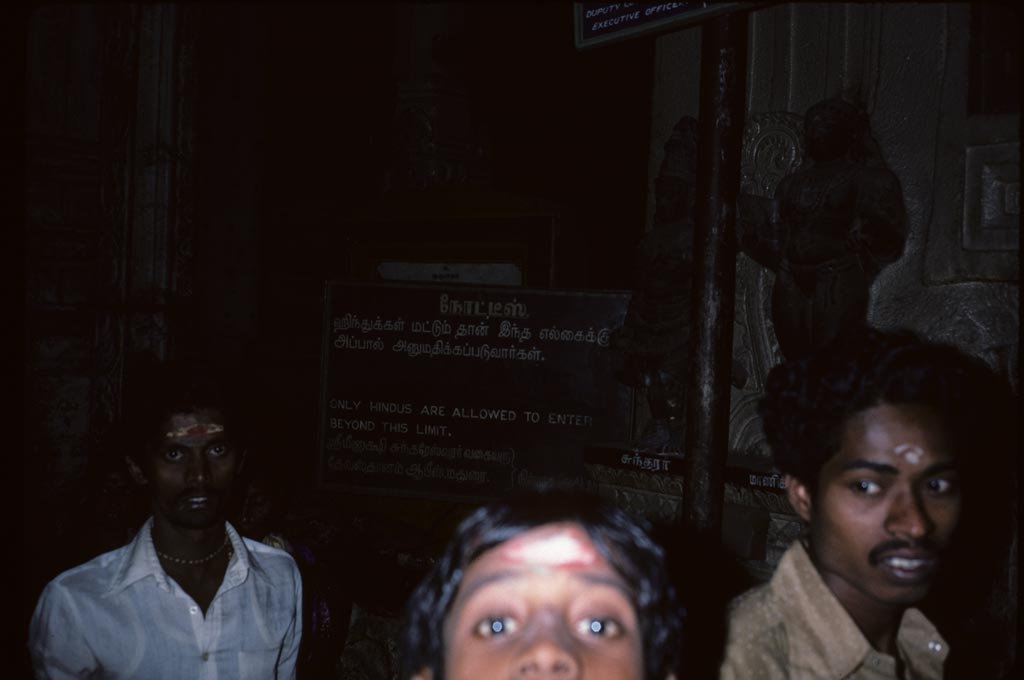 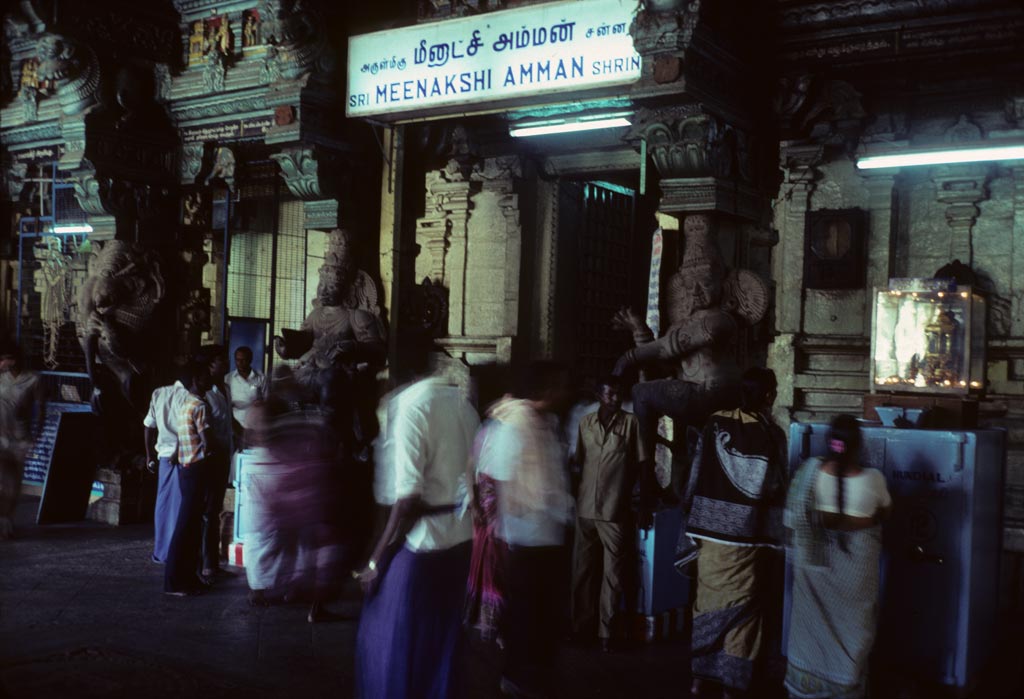 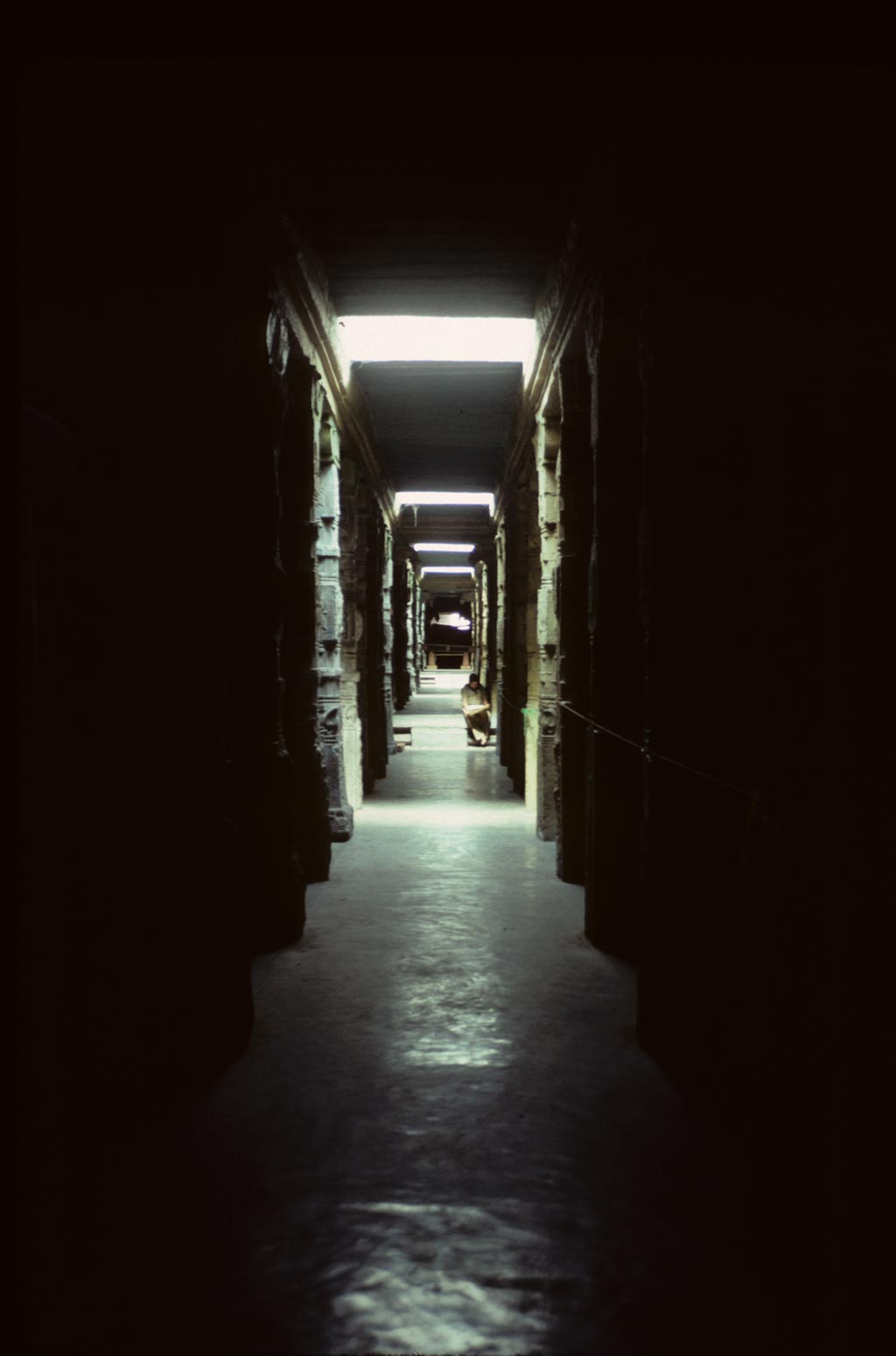 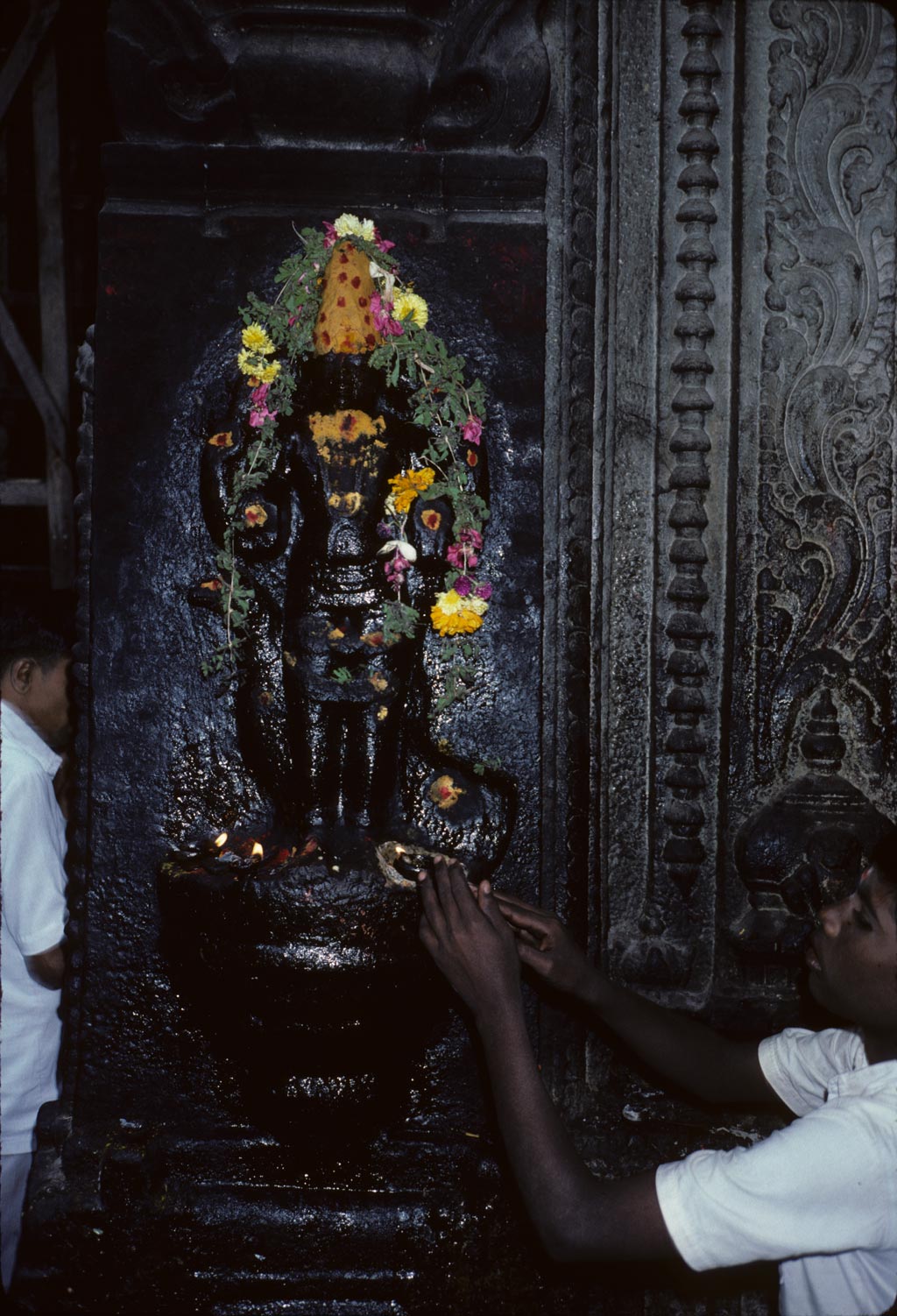 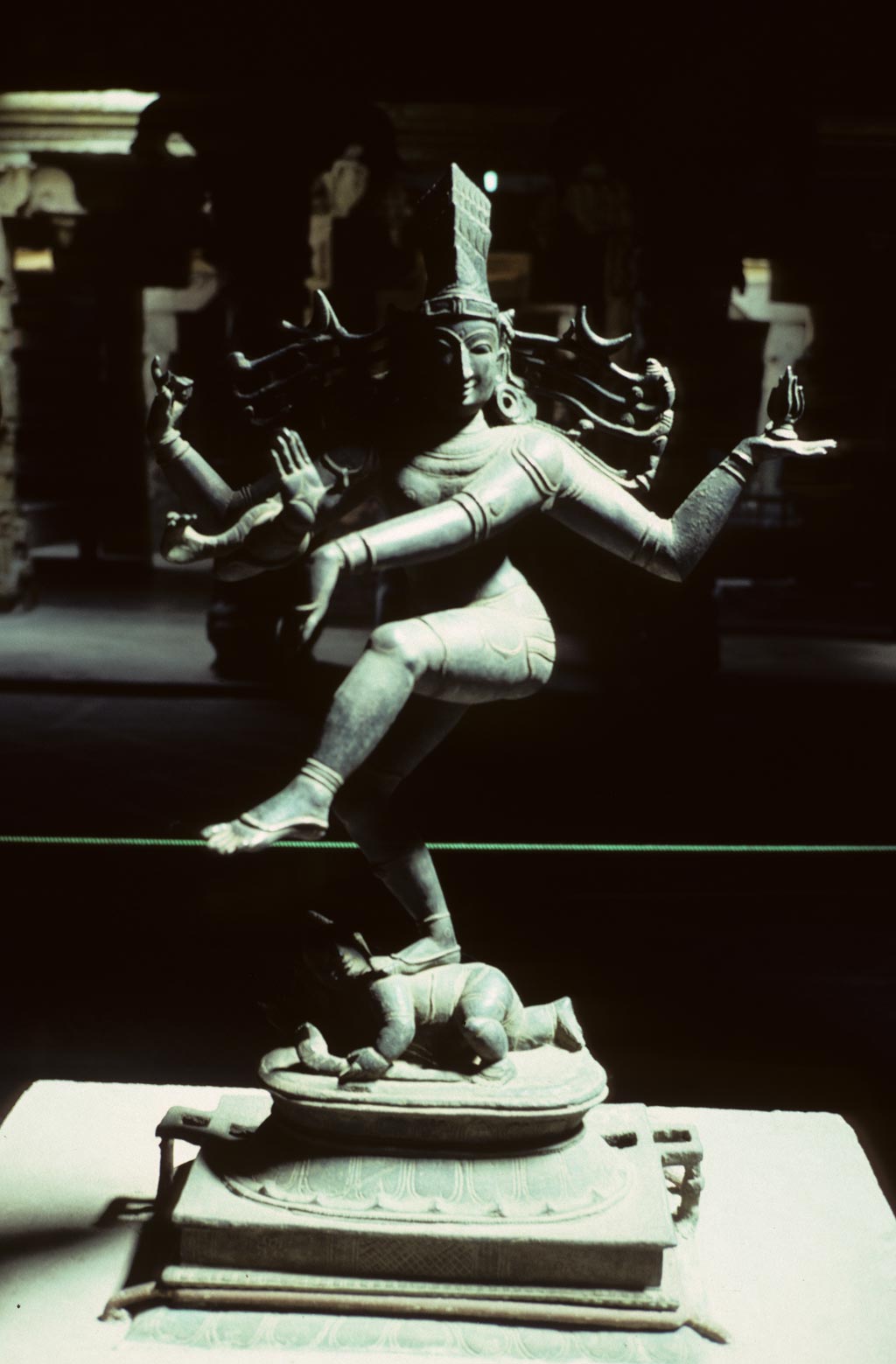 7 thoughts to “My Day at Meenakshi Amman Temple”